Over 750 attendees packed into the at-capacity room and overflowed into the halls outside of Cleary Gottlieb’s 2018 Citywide Diversity Reception featuring American author, journalist, and educator Ta-Nehisi Coates.

The focus of this year’s event was “An Evolving Conversation: The Shifting Dynamics of Culture and Identity in America,” and Ta-Nehisi emphasized the need to provide encouragement and support to diverse youth. Sandra Flow, partner and chair of Cleary’s New York Committee on Diversity and Inclusion, delivered opening remarks and extended her congratulations to this year’s Legal Outreach interns and Sponsors for Educational Opportunity (SEO) law fellows completing their summer work. Cleary partners with Legal Outreach to prepare young people from underserved communities in New York City to compete at high academic levels; and with the SEO Law Fellowship Program to provide students of color with legal internships and training prior to their first year of law school. Each student was presented with a certificate of completion at the event.

Ta-Nehisi opened up the discussion with an excerpt from his autobiographical book, Between the World and Me, which narrates his childhood struggles while growing up in Baltimore, Maryland.

During his conversation with firm alumnus and current staff attorney at the Urban Justice Center Julian Hill and associate Christina Karam, Ta-Nehisi provided a number of points for professionals who are looking to move the needle on diversity in society and the professional world.

Supplement the Education of At-Risk Youth

Ta-Nehisi told the audience that a key step is to support schools and students by volunteering, providing necessary materials or experiences, or showing students “a day in the life” of a professional to bridge the gap. The disparity between the quality of education provided for those from poor communities and those from wealthy communities was a stark reality that he came to grips with while enrolling his son at affluent schools. These experiences made him reflect on the lack of opportunities he had as a student in in a low-income community without the same resources.

Go Beyond Only Supporting “Promising” Students

“I wasn’t the smartest student in my class—I got lucky,” admitted Ta-Nehisi, who wishes that he received even a small fraction of the support while he was a struggling student that he gets now. He encourages those who have achieved success in their careers to support students and youth from marginalized groups—not only those who are achieving top grades, but those who may not otherwise receive additional support. They need to be encouraged to explore new interests and uncover their talents and passions. Offering these students an opportunity to see success through mentorship and guidance can make a big difference, especially for those who aren’t excelling academically.

Contextualize the Benefits of Education

Helping at-risk youth contextualize their education and understand its benefits is crucial. According to Ta-Nehisi, young people from poor communities face the dual challenge of surviving the many obstacles of their environments and completing an education with subjects that seem to have no connection to their everyday battles. Professionals can help them to see that education is a foundational building block and a force that can propel them into better opportunities.

He encourages students, especially those from underserved neighborhoods, to be fluent in a language other than their first while they’re young, as it opens up a new way of seeing the world and other cultures. Ta-Nehisi learned French as an adult, which led him to live abroad with his wife and son in Europe—a world away from his own upbringing in Baltimore.

Each person has a story to tell and a lens through which they see the world, create, and solve problems that is unique to their lived experience. As such, leaders in the professional world have a responsibility to advocate for more diverse and underrepresented voices to be heard.

“My first job is to be a writer,” he said. “My second job is to make sure there are more diverse writers.”

Ta-Nehisi said that there are many talented people of color who can bring something to the conversation who are currently unemployed, underemployed, or not being empowered to share their voices. 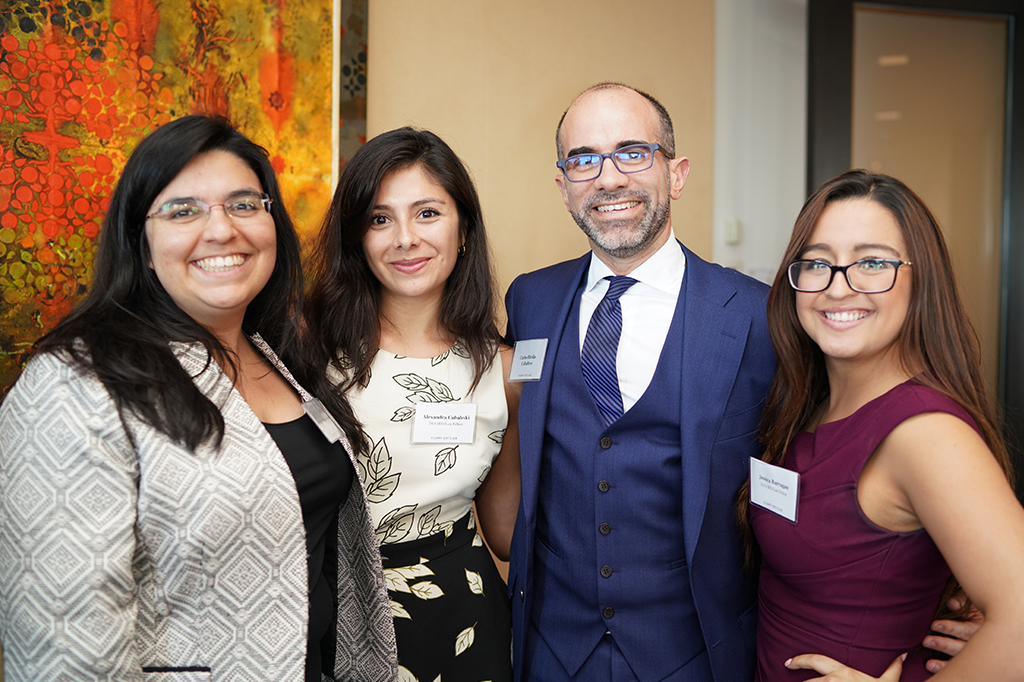 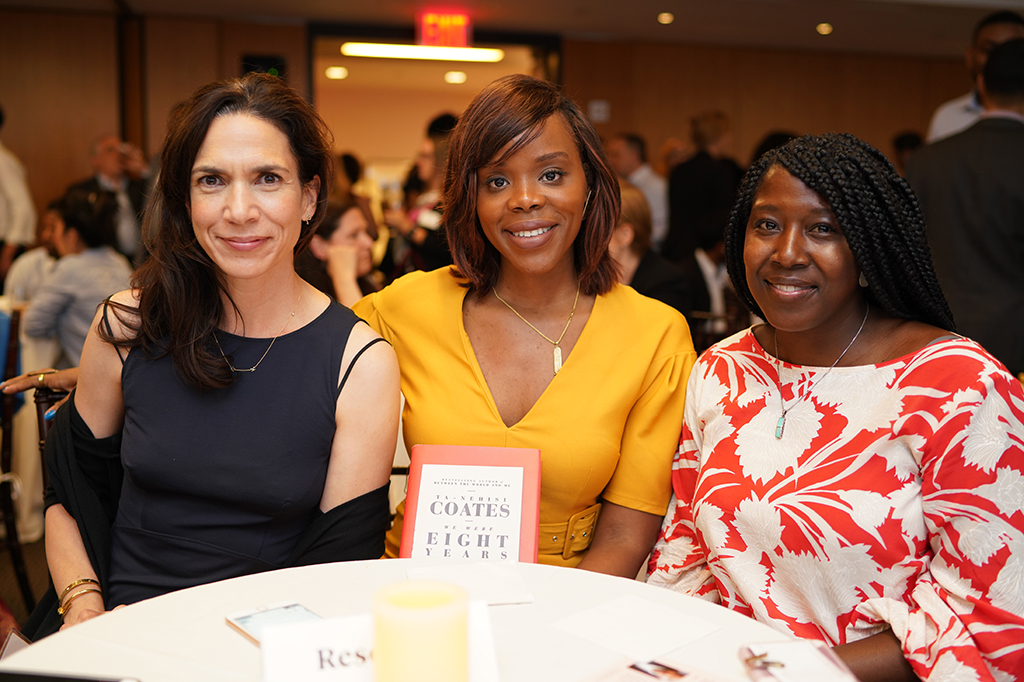 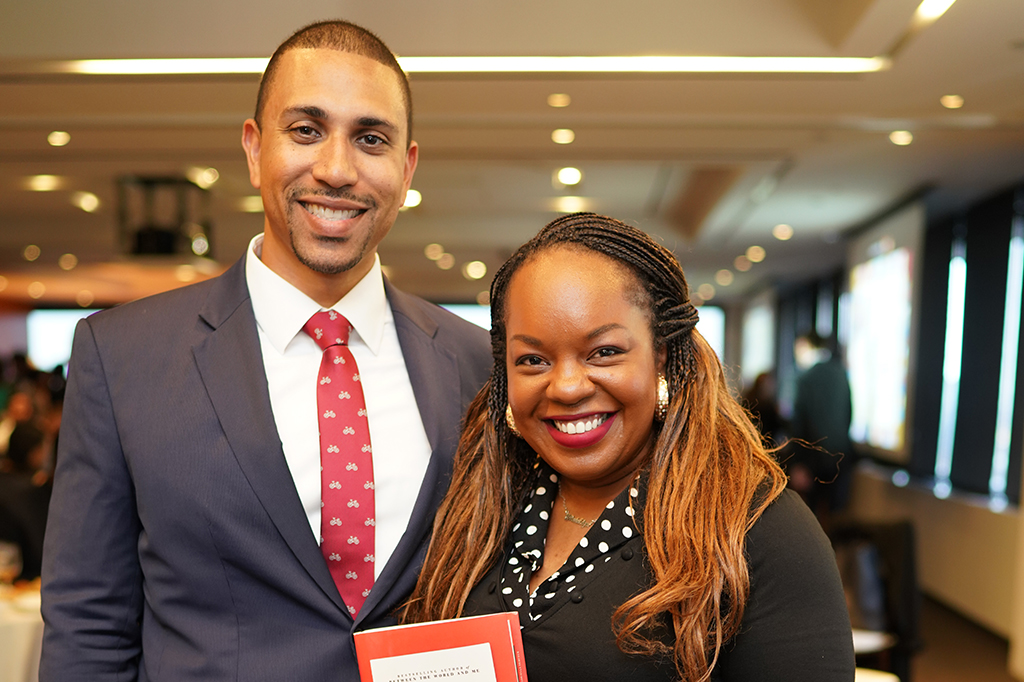 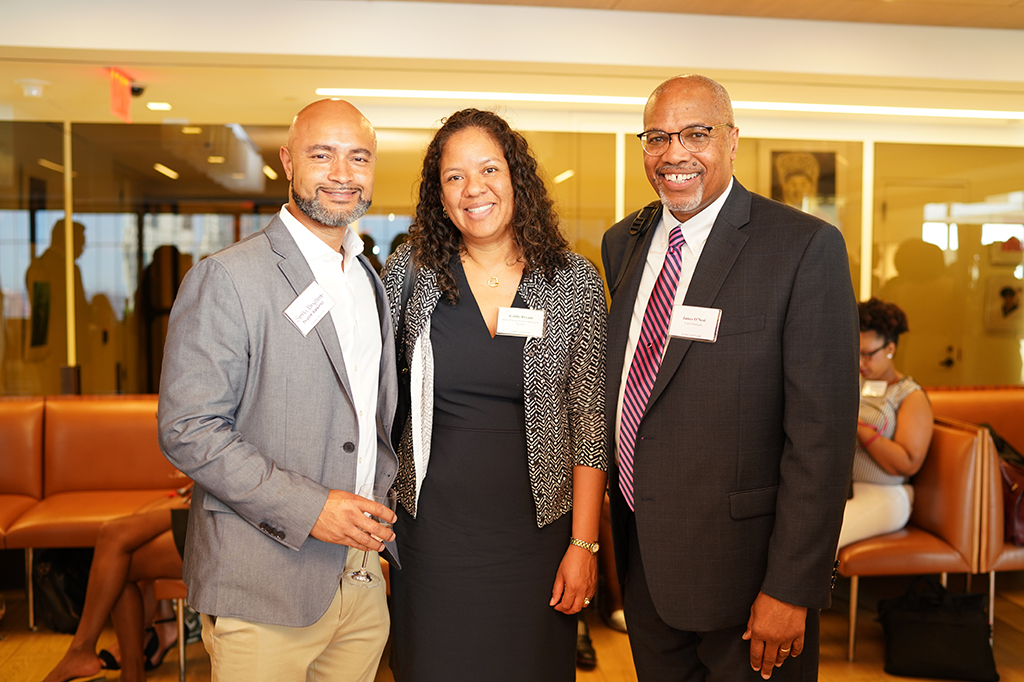 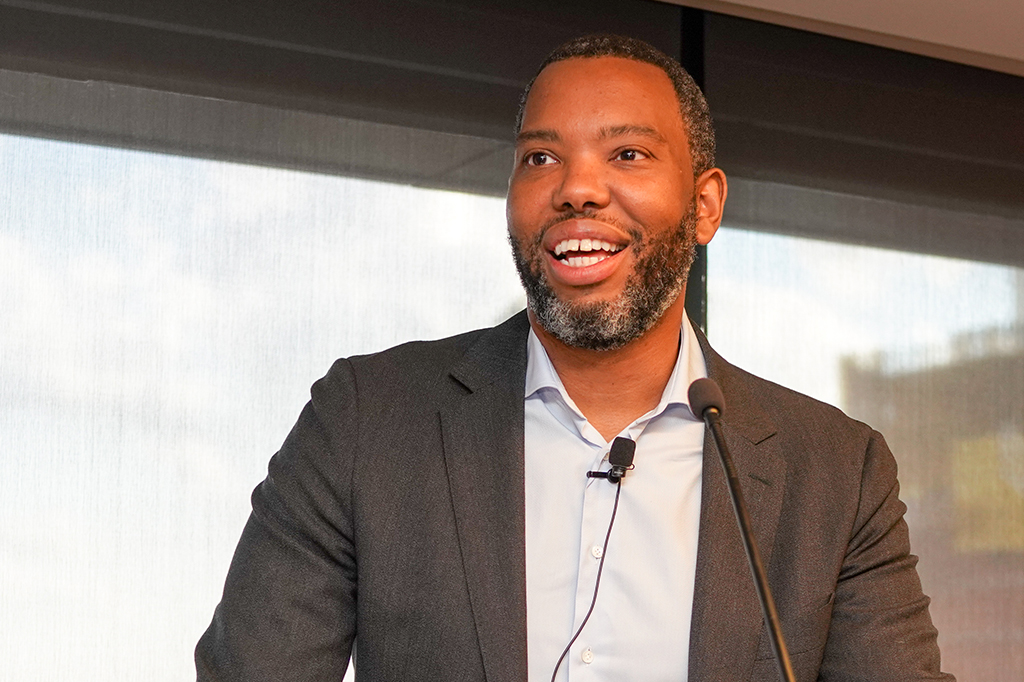 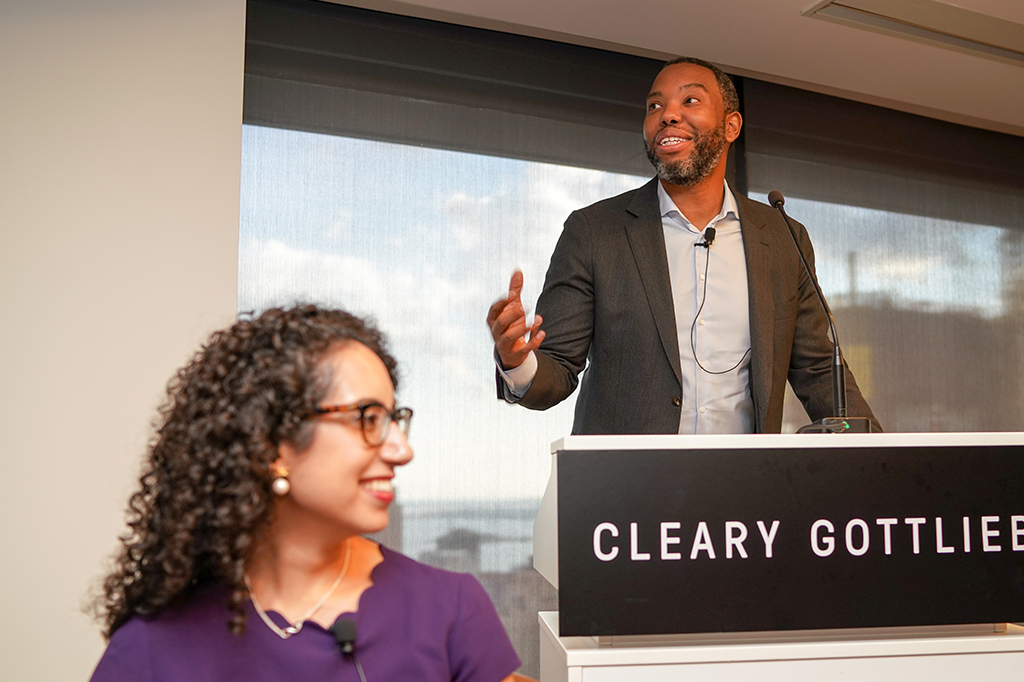 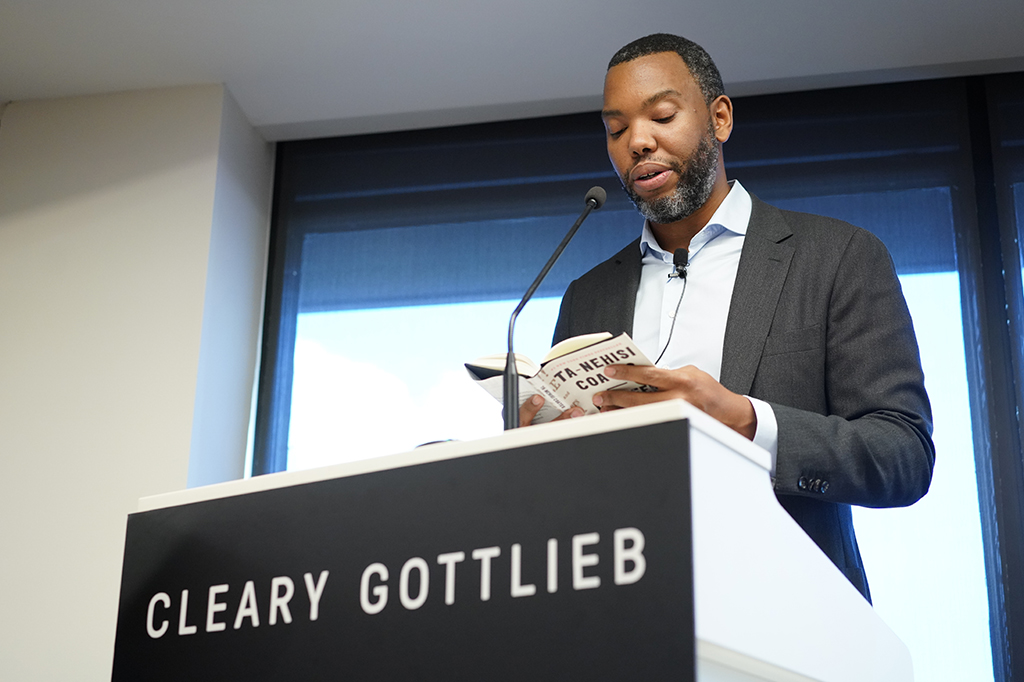 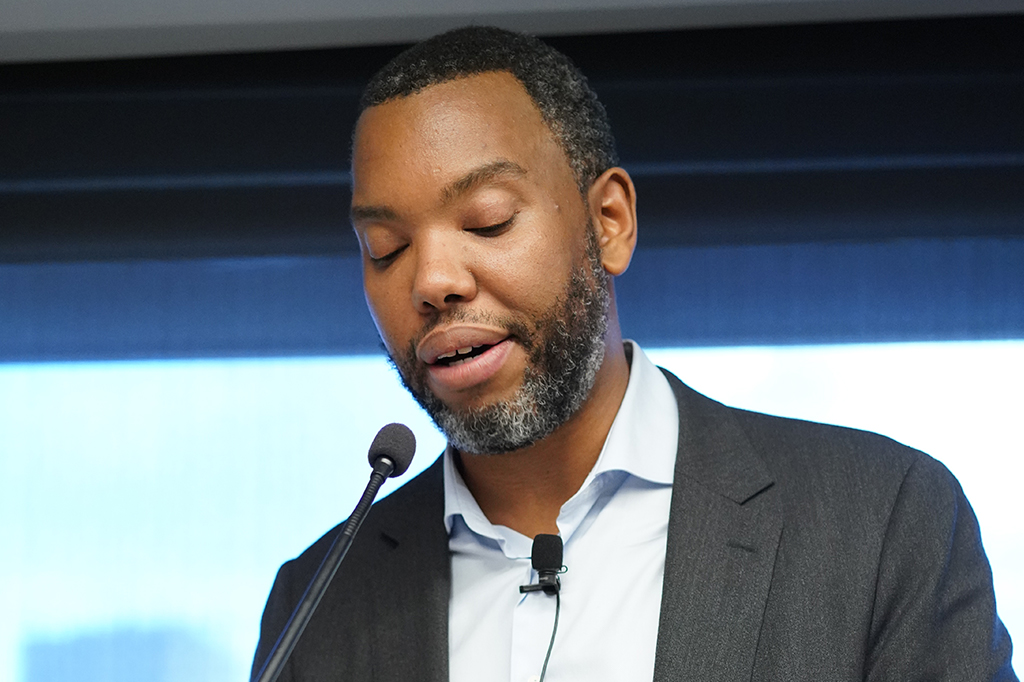 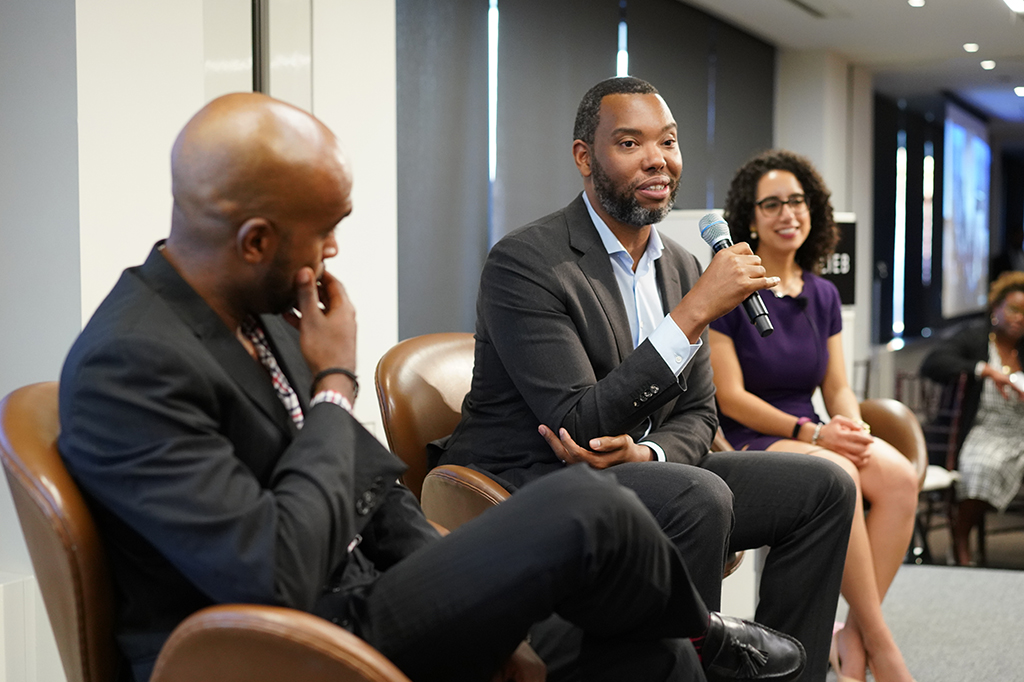 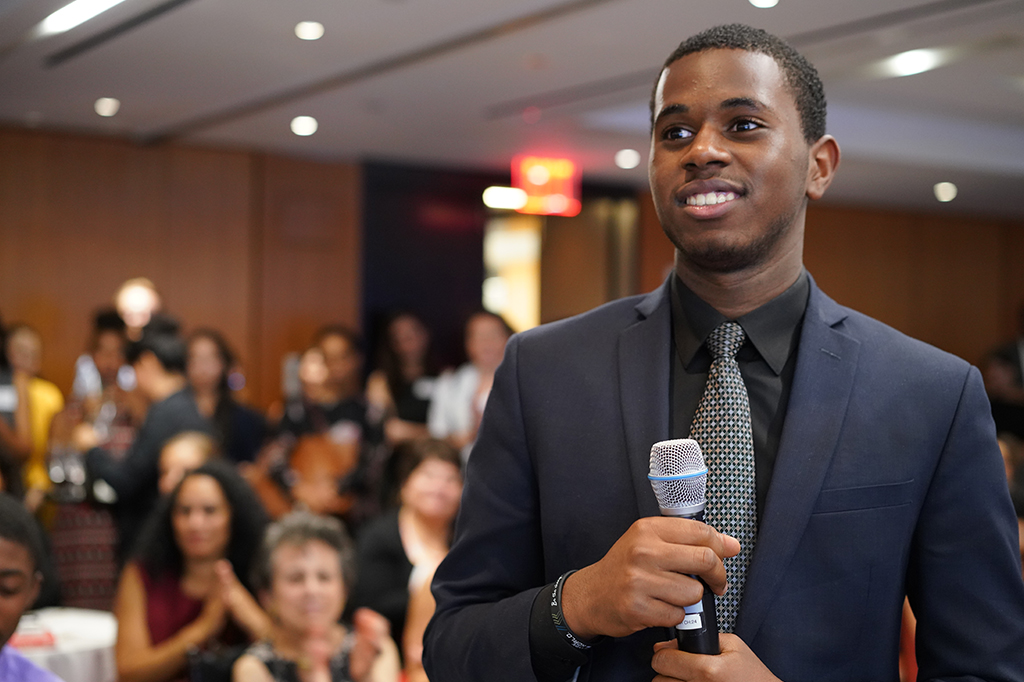 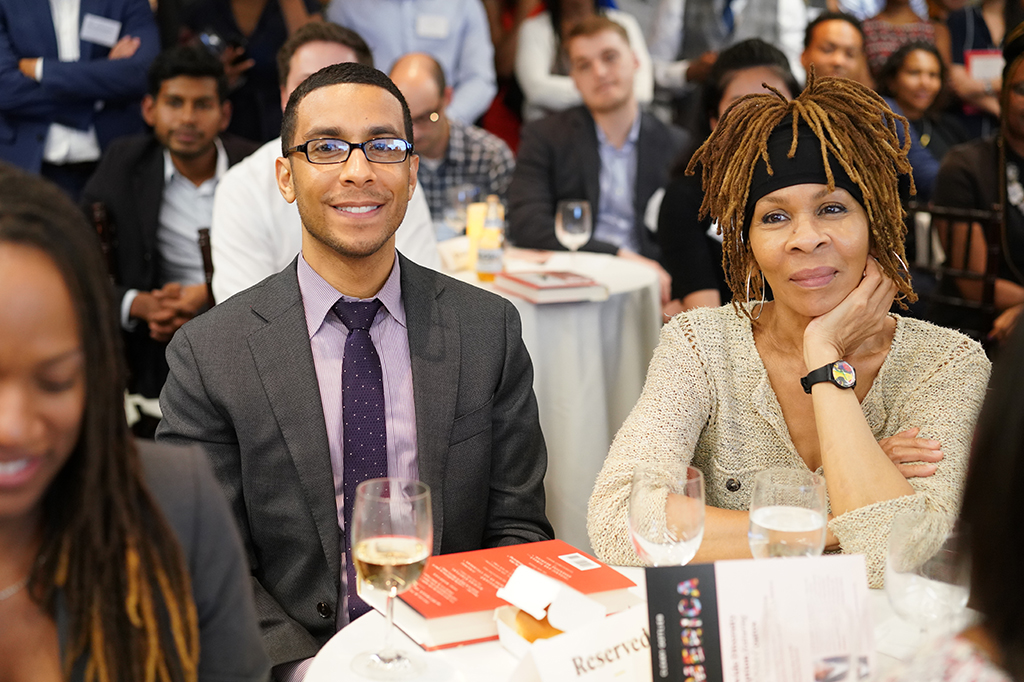