For the first nine months of 2016, Cleary Gottlieb led all international law firms in Latin American bond issuances, achieving a total market share of 58 percent during the period, according to Bloomberg.

Cleary’s work in the region leads in both deal count (40 issuances) and volume (over $46 billion), each figure representing at least a five-fold increase over the second-ranked legal advisors in the respective categories. 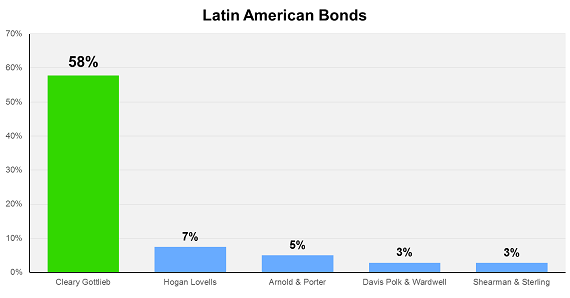 According to Bloomberg, the firm also ranked in the global top five by volume for both issuer’s and underwriter’s counsel for bond issuances.