Last week, the Securities and Exchange Commission issued another in its series of rule proposals to revise the disclosure requirements applicable to reporting companies.

Its August 8, 2019  proposal addresses simplification of three items in Regulation S-K that have not been revised for more than 30 years:

The most recent proposal is one of several that follow up on an April 2016 SEC concept release asking about the value to investors of the disclosures registrants provide under the SEC’s rules. Many commenters on the April 2016 release urged the Commission to consider eliminating prescriptive requirements in favor of a principles-based regime focused on information that is material to investors.

The new proposal appears to move towards a principles-based approach to business and risk factor disclosure, while maintaining a more prescriptive format for disclosure of legal proceedings.

General Development of a Registrant’s Business

Item 101(a) of Regulation S-K currently requires a description of the development of a registrant’s business that covers five enumerated items and goes back five years. The proposal would change the disclosure requirement to be based exclusively on a materiality determination and would make the following specific changes, each of which we believe would encourage more streamlined disclosure.

Narrative Description of a Registrant’s Business

Item 101(c) of Regulation S-K currently requires a narrative description of a registrant’s business based on 12 enumerated items. Although the 12 items are only required to be described if material, the release acknowledges that many registrants may interpret Item 101(c) as requiring disclosure of all of the items, even if not material. The revised rule would require only a description of material elements of a registrant’s business. A non-exclusive list of information a registrant should consider disclosing would still be included, with seven broad categories. These include, notably, human capital disclosure (a topic not previously required by any rule), which includes recruitment, employment and hiring practices, benefit and grievance mechanisms, employee training and engagement, workplace health and safety, human capital management strategies and related legal proceedings, collective bargaining arrangements and employee compensation and incentive programs.

The proposal would leave Item 103 of Regulation S-K (legal proceedings) largely intact, on the grounds that a prescriptive approach is more appropriate for this topic, where a particular registrant’s unique circumstances are less relevant to an investor than the likelihood of any legal proceeding having a material impact on the registrant. The proposal would streamline this disclosure in two ways:

Beyond the particulars, the recent collection of proposals suggest three questions of broader interest: 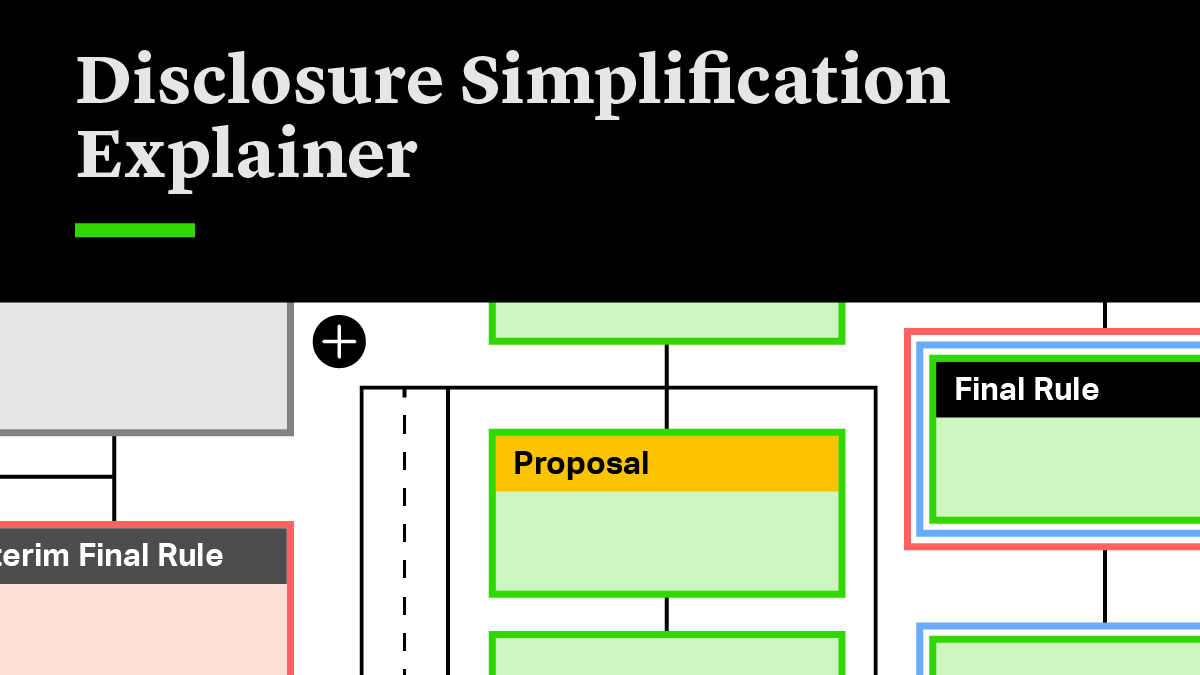