Drowning in Debt? Understanding the Complexities of Sub-Saharan Africa’s Sovereigns

A series of trends is creating a perfect storm for Africa’s sovereign debt outlook: Cleary Gottlieb analyses a changing landscape 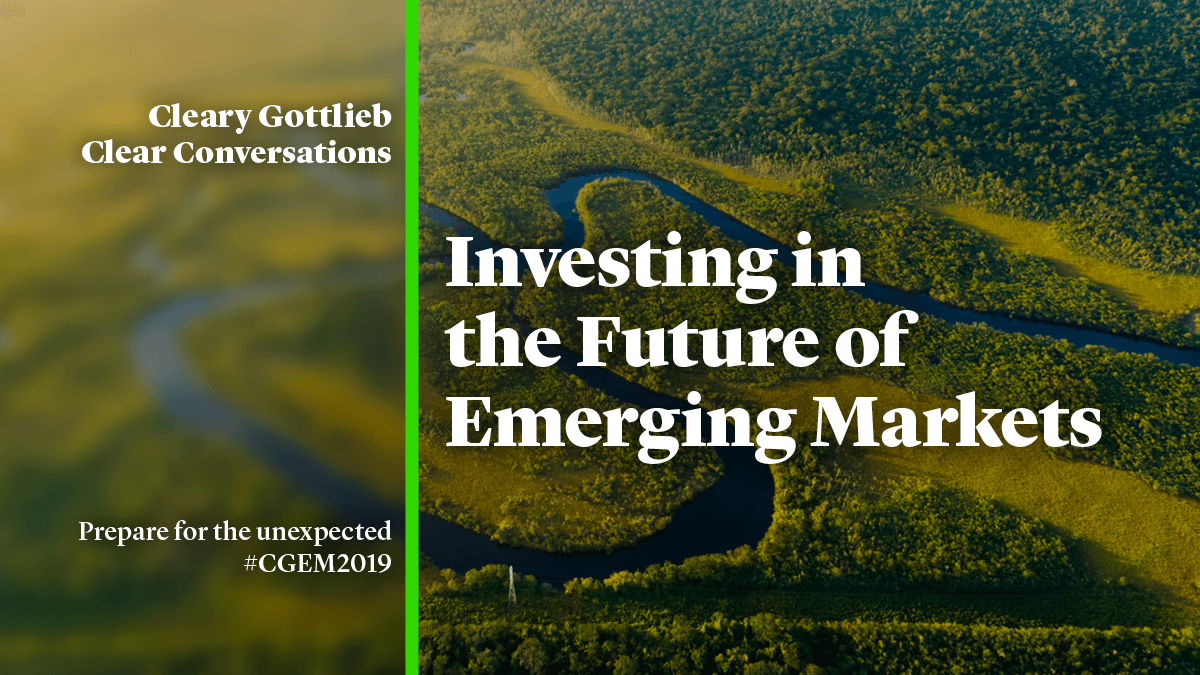 After a spate of relief programmes in the 1990s and 2000s and significant rise of concessional loans in the early 2000s, the past few years have seen a marked change in direction. Recently debt levels have spiralled to the point where 44% of African nations have surpassed the debt-to-GDP ratio set by the International Money Fund (IMF). Cleary Gottlieb’s analysis of reports from the IMF and the ECA shows that as of 2019 as many as 16 sub-Saharan African countries are classified as at high risk of or already in debt distress.

What’s behind the change? To some degree, the overreliance of many of these economies on natural resources exports has played a part. That has brought a range of challenges, including impacts from volatile commodities prices, with associated foreign exchange risks. In addition, the somewhat stagnant global recovery after the 2008 crash left many jurisdictions needing cash injections to continue or complete development projects begun in better times. Also to be noted, the economic transformation agendas adopted by many African governments within the last ten years or so have fuelled the need for foreign capital infusion into sectors such as transport infrastructure and power, which are critical to sustain economic growth.

In the Event of a Crash: a Harsher Climate

No longer could sub-Saharan African governments fully rely on the generous concessional loans that had previously been provided to them. Instead, the structure of sub-Saharan Africa’s debt profile has swung sharply in favour of market-based non-concessional financing in general and Eurobonds in particular.  Such is the growth in Eurobonds over the last 10 years that some issuers are tapping the market on an annual basis. The reliance on Eurobonds has led to a scenario where over US$37 billion worth of Eurobonds issued by  African countries (excluding Egypt, Nigeria and South Africa) will require refinancing in the 2020s.

As issuers move towards non-concessional debt with generally higher interest rates, the forms of market-based financing have become increasingly complex, including commodity prepayment transactions for natural resources and securitised instruments with guarantees from international financial institutions.  These forms of financing are structured to reduce the interest burden on the issuer, but there is a very real concern that these kinds of instruments could be more difficult to restructure in more challenging economic times.

As seen in recent cases, commodity prepayment transactions, in particular, often involve a new breed of international corporate lenders that are not used to the soft law mechanisms governing the world of sovereign debt. They may also entail guarantees and security packages that provide leverage to lenders against sovereign debtors.

The Meteoric Rise of China’s Role

Against this backdrop, an increasing portion of official sector debt in sub-Saharan Africa is now being provided by non-Paris Club emerging markets lenders. China has gained prominence recently as the largest single creditor nation in sub-Saharan Africa, largely through increasing infrastructure funding as part of the Belt and Road Initiative.

As the composition of the official sector creditor group changes, coordination among the traditional official bilateral creditors and the new cohort of non-Paris Club lenders, still largely untested, would be key in any future restructuring scenario.

The calls for sovereign debt transparency have grown louder – especially as hidden debt, and the ever-more convoluted structure of loans, threatens to cause new ruptures. These demands are supported by the IMF and the World Bank, which are working with sovereigns around the world to improve the quality of data capturing, tracking and reporting. Greater transparency cannot be achieved overnight; the increase in transparency will require increased and progressive co-operation of various stakeholders including the private sector.

As with many emerging market challenges, there is no one-size-fits-all solution for the growing debt levels and increased public debt vulnerabilities in sub-Saharan Africa.  Improving transparency in public sector borrowing should facilitate better governance and support debt sustainability. Still, the world has grown more complex with the emergence of new financial products and a new cohort of creditors. Stakeholders need to look forward and anticipate the risks inherent in the growing debt build-up and take the corrective steps to mitigate these risks.

Some African countries enjoying regular access to the market have been engaging in hedging and other liability management transactions to help address the vulnerability of their indebtedness profile. The World Bank group and the African Development Bank in particular are supporting these positive initiatives.

And the worst is never certain... For all the cases of poor use of debt from China and other lenders,  infusion of foreign capital is effectively unlocking the economic potential of Sub-Saharan Africa.  Both international public and commercial lenders are more and more monitoring, and paying attention, to the use of debt proceeds to ensure they are applied to economically profitable projects.  Sub-Saharan Africa has been achieving remarkable GDP growth rates, in part due to debt inflows. The improving economic impact of sovereign debt is an important risk mitigant that must be duly takin into account in analysing the SSA sovereign debt situation.

For more than 30 years, Cleary Gottlieb has designed pioneering approaches to sovereign finances practice in every part of the globe, informed by key networks with deep insight into each jurisdiction. We have advised numerous borrowers in sovereign debt finance and restructurings, developing and refining legal and financial techniques to respond not only to events, but to their real and potential impacts as well. 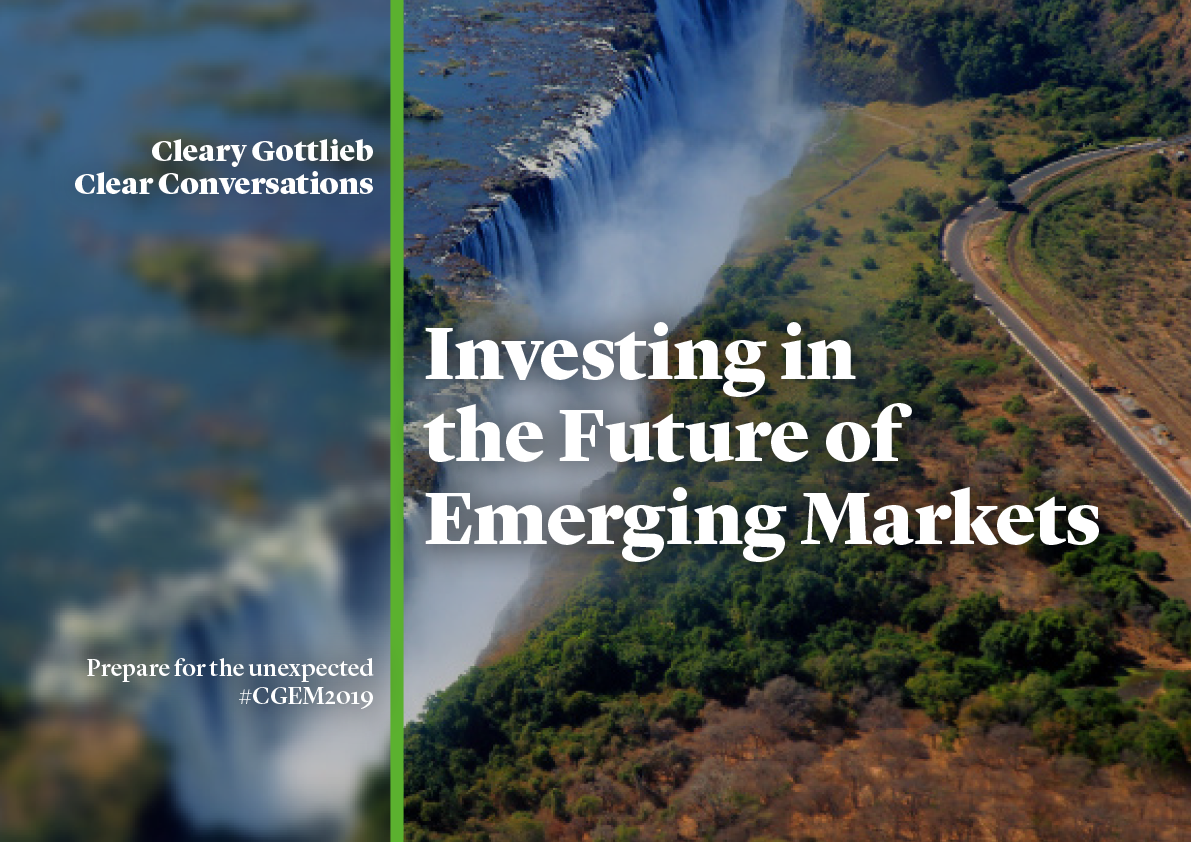