Cleary Gottlieb was established more than 75 years ago in New York and Washington, D.C. by seven lawyers with notably different backgrounds, diverse interests, and a range of skills who ventured to create a new kind of law firm for their time.

Despite their differences, these seven lawyers—George Cleary, Leo Gottlieb, Henry Friendly, Mel Steen, Hugh Cox, Fowler Hamilton, and George Ball—shared a deep respect for each other’s intellectual prowess, high professional standards, and progressive social values. They had built prestigious careers in post-war government service and as partners in the Wall Street law firm of Root Clark Buckner and Howland, but were driven by a further sense of purpose.

This common “vision and audacity,” as George Ball would later call it, inspired them to form a law firm in which internal competition would be avoided to the fullest possible extent, and democratic principles would reign supreme. It was in this spirit that they based the firm’s name on each partner’s age seniority, and established equal profit-sharing among partners.

Four years later, in 1949, Cleary would become one of the first U.S.-based firms to open a European office. The firm hired and trained local European lawyers, included them as equal partners, and established a leading position in Europe. Soon after, Cleary expanded its international practice to Asia, Latin America, and the Middle East.

Today, Cleary is widely regarded as preeminent in the areas where we work. And we remain proudly rooted in the forward-looking vision, collegial values, and inclusive ethos of our founding partners.

Firm History by the Years 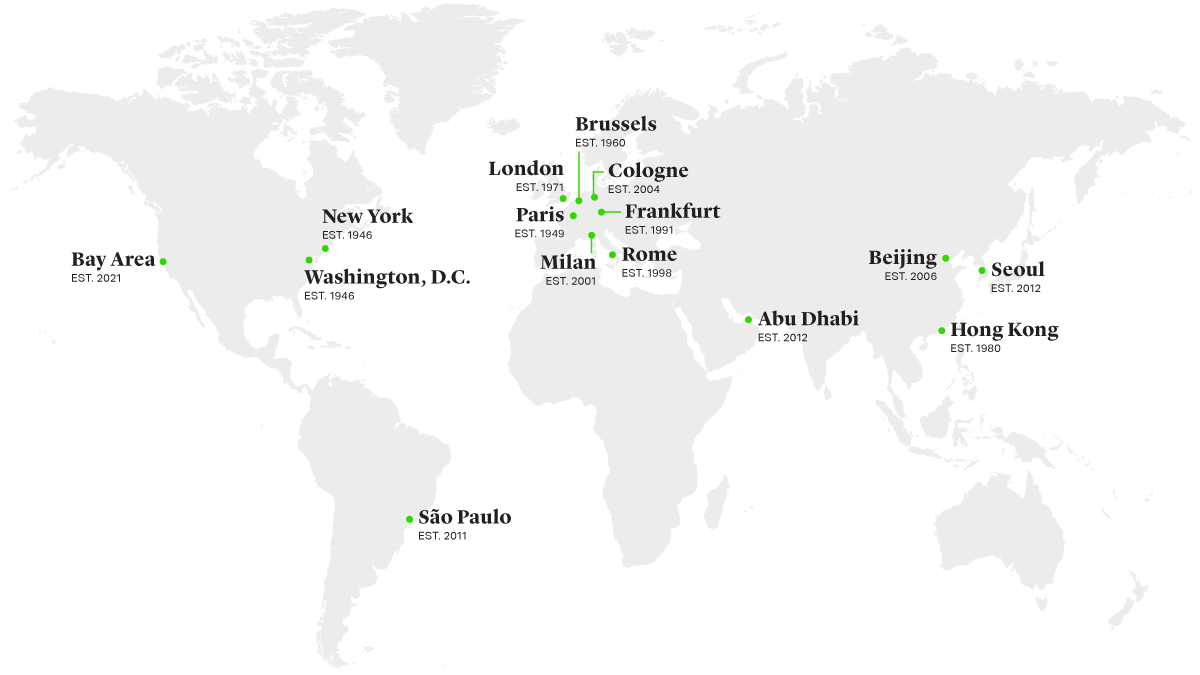 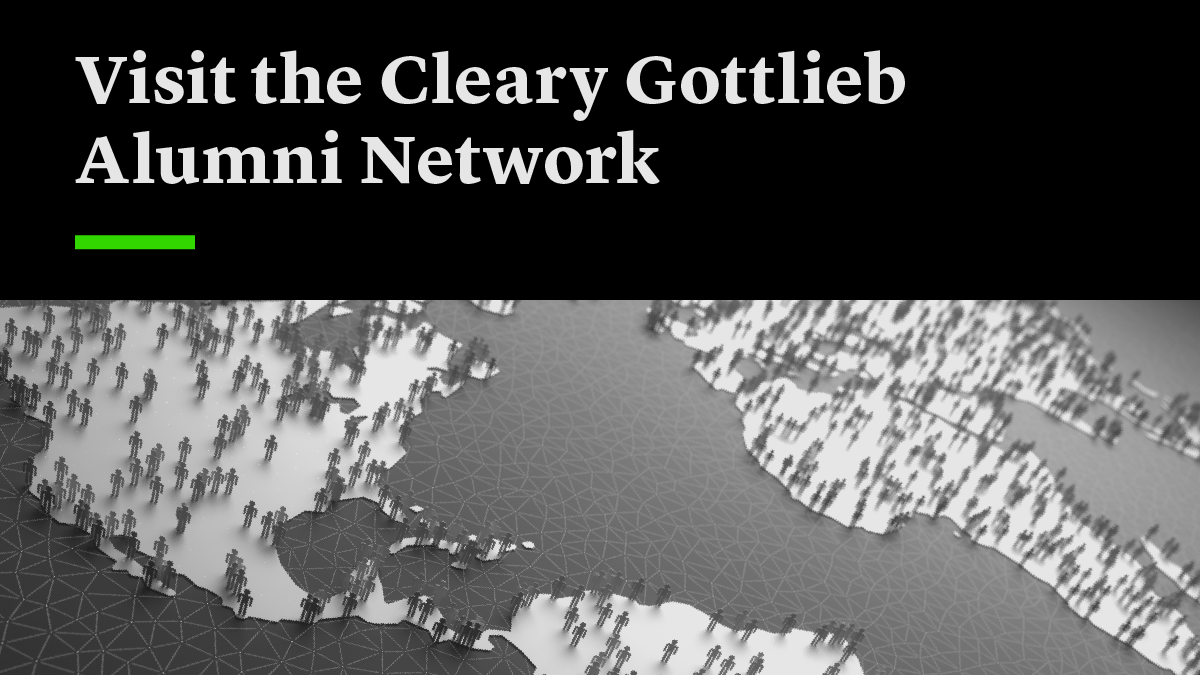 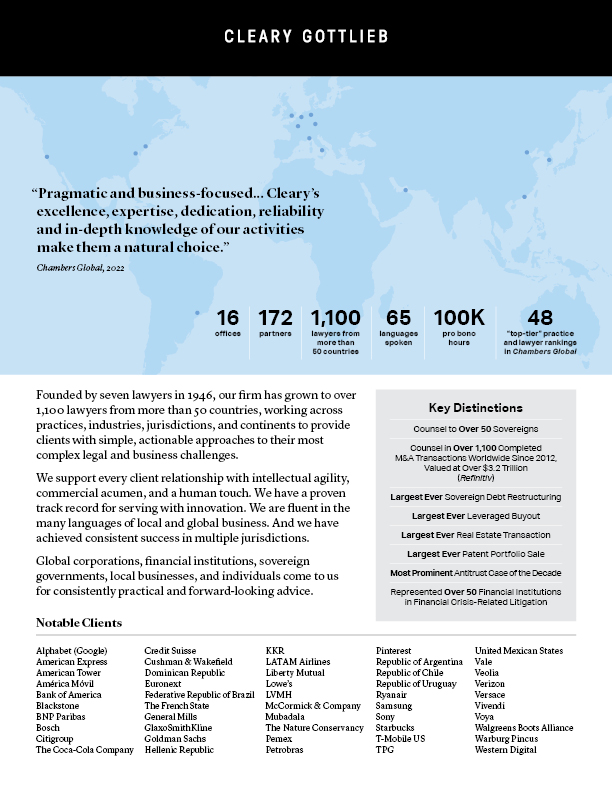